The Intents Festival was a three-day festival that welcomed thousands of fans during the weekend of Friday 31 May 2019 until Sunday 2 June 2019. The theme of this edition was Superheroes. The different stages were a direct reflection of this. There were ten stages during the festival, each with their own music. To top it all off, there was a spectacular final show every night at the Mainstage.

For this edition, it was decided to add 40 meters of LED Neon Flex RGB Side View Series to the letters of the logo. For the lighting to go with the show, an LED Controller DMX OLED is connected. The whole was powered by two Meanwell PSU 24V's. 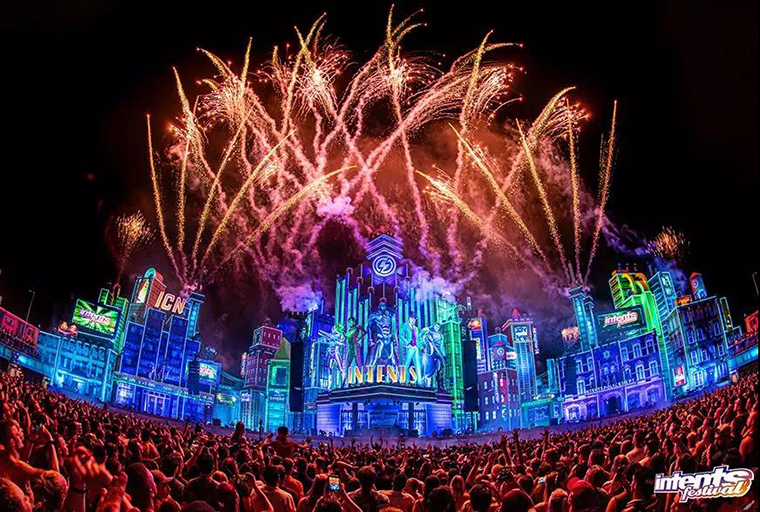 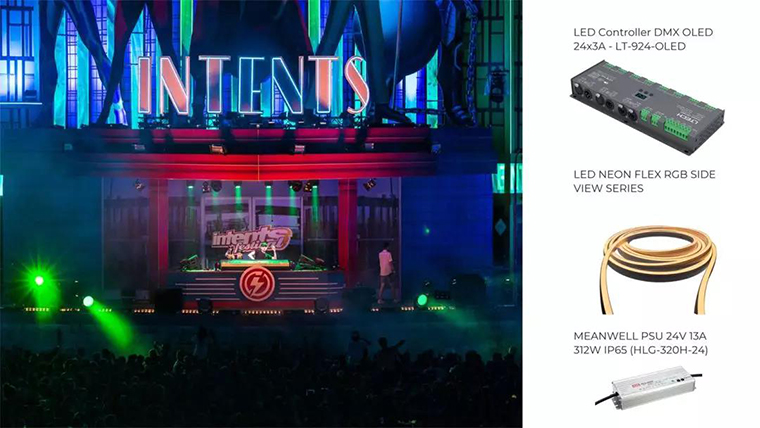